Version 1.3.0 contains the following changes: The update can be downloaded on Steam.

The DLC contains ten outfits that can be worn in game and combined with other accessories to make Pengy look even more cute and funny. This is a great choice as a Christmas gift, Valentine's Day gift, or Halloween gift for true Pengy lovers. 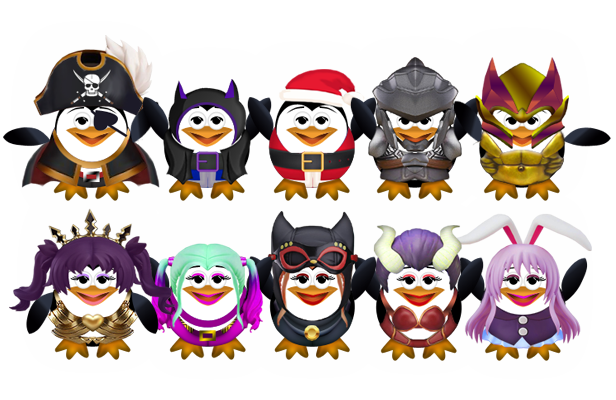 Flying Pengy got a major update!

Even more action and power-ups are introduced with the major update of Flying Pengy. Here is a list of changes: The update can be downloaded on Steam.

Flying Pengy and Gem Forge are available on Steam!

Both games have passed the Steam Greenlight program and were released for Windows and Mac OSX platforms.

Get Flying Pengy on Steam.
Get Gem Forge on Steam.

Our new puzzle game Gem Forge is coming out!

The game will be released first on mobile devices and will be available for download at App Store. Gem Forge is a simple puzzle computer game similar to 2048 where you join gems into more precious gem to earn maximum score.

My aunt Ludmila Mikhailovna (thank you aunt a lot!) has made a wool toys to our museum: Flying Pengy and his foe the Angry Crow. Click the image to see it in full size.

Flying Pengy has been released!

The skydiving adventure of the brave penguin is now available on the App Store. Flying Pengy is a casual game of the bubble shooter genre with a very simple concept: shoot the bubbles using a bouncing ball. The main character is a cute little penguin with a colorful parachute that is very liked by children. The game is an action-packed mix of arcade, breakout and puzzle genres, but is simple to pick up and play even for those who have never played it before.

February 19, 2015 -- Bogemic Games announced today the immediate availability of the initial episode of its Flying Pengy game appropriate for all ages. The game was developed in 2013-2014 and now is available for download on the App Store.

Bogemic Games is an indie game development micro-studio. The Flying Pengy game is the first release of the studio on the App Store.

For further information or any enquiries please use our feedback form. 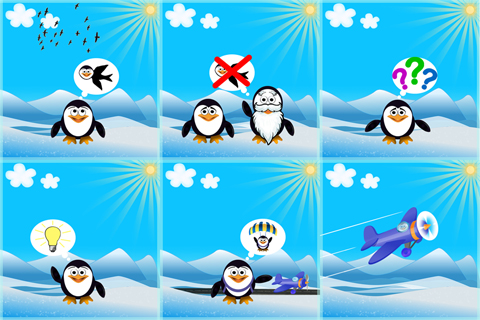 Flying Pengy is a casual game of the bubble shooter genre with a very simple concept: shoot the bubbles using a bouncing ball.

The rules of the game are simple:

As the player makes progress through levels the difficulty rises, so that they can go back and play the unlocked levels again and level up the character.

What makes Flying Pengy different and better than the other bubble shooters? Here are the key points: